Today the President of the United States said this,

“You know, in the old days we had mental institutions. We had a lot of them. And you could nab somebody like this, because they … knew something was off.” [https://tinyurl.com/y7kds7wc]

It was like a kick to the solar plexus – gasp, pain, vomit.

This type of rhetoric is what many of us fear every time something terrible happens. We hear immediately that the shooter was mentally ill, (bi-polar appears to be the go-to scary, used to be schizophrenia, I suppose it’s time they got a break) and then cries for mentally ill people to be locked up. But only the dangerous ones, of course, only the bad ones.

Thing is, who decides that? By what criteria? Trump is talking about preemptive involuntary commitment. That is terrifying. I don’t remember the time before the Baker Act, but hearing the stories and watching the videos makes my blood run cold. And I hear people clamoring to revoke it.

The current occupant of our White House is not alone in this belief. If it were only him spouting off that would be one thing, but this opinion is more common than I care for. Now I understand that generally this is a reaction to anger, pain, helplessness, I get that. The problem though, is that it will be on the news cycle for a week maybe more, immediately reporters and talking heads, (who are totally qualified to diagnose people) start the “mentally ill” “bi-polar” flags flying before the shooter is even identified.

This is the thinking that causes stigma, and stigma is what keeps us from seeking help so we internalize the pain. And that…that can lead to suicide.

My feelings regarding 45 aside, this is not a left/right issue.

I’ve heard it floated in left wing blogs that we should be rounded up and locked away. That if they stop the one who’s dangerous, it’s worth it, and our civil liberties don’t matter. Our humanity doesn’t matter.

This is both sides.

I’ve been gone from here for a while for a variety of reasons. But this one imbecilic statement, this particular thoughtless braying in a long line of inflammatory, vile, and inhuman verbal spew, has brought me to a crossroads.

My whole intention for this much neglected blog was to help break stigma, to help people feel that they are not broken, that their lives are valuable, that the world is a better place with them in it.

Yet I write under a pseudonym. I hide behind it because I’m afraid of backlash at me personally if I self-reveal. I’m afraid of not getting/losing jobs if I’m “found out.” I’m afraid of what people will think. I’m afraid of people who think like that…person…quoted above.

This is why we don’t self-reveal.
And it is why I’m going to.

I want to advocate for you, I want to help as a peer as much as I can. I want to be there for my community and I cannot do that if I hide. I want to set an example for the power of busting stigma by owning my illness (super scary bi-polar you guys!) and demystifying it.

So stand tall my dear friends. If you can’t self-reveal, that is ok. I may wake up screaming “what the hell have I done?” in the middle of the night, we shall see. But hiding is exhausting, fear is debilitating, and shame is just plain bullshit.

You are beautiful and the world is better with you here. 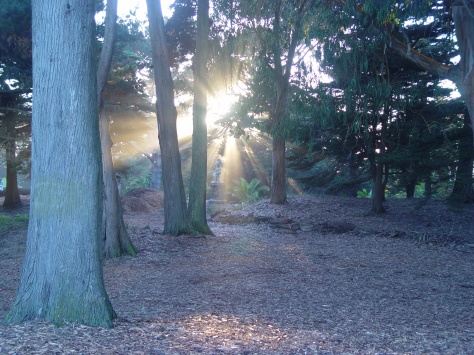